The Tucson Gem Show Is An Annual Tucson Event

Held February And September Each Year 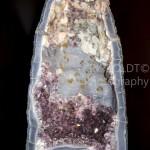 The Tucson Gem Show attract the world’s very best minerals, jewelry, artisans and dealers from across the world.

There are actually two Tucson Gem Shows each year. The biggest is the winter Tucson Gem show. It is presented each year and typically scheduled for the first 2 weeks of February.

The September is smaller than the February one, but it is still a great Tucson attraction.

Its The Gold Standard

The Show is open to the general public and presents retail Dealers only. Proceeds from the Tucson Gem Show stay in the Tucson economy. Funds are utilized to promote mineral knowledge and understanding.

These exhibits provide a rare window into private and museum collections from around the world.

The Second Show Is Smaller But Nice

The second Tucson Gem Show is in September. Dozens of exhibitors show their products at hotels and centers throughout Tucson AZ.

The main Tucson Gem and Mineral Show™ is held at the downtown Tucson Convention Center Exhibition Hall and the Arena.  Thousands of dealer displays will be available.

For more information on the Tucson Gem Show – Go To The Gem Show!

We are a top Realtor team in Tucson, AZ since 2002. Read our client testimonials. Give us a call. We look forward to making your home buying or selling a home an enjoyable experience for YOU!

If you are considering a move to Tucson for retirement or a winter get away, we can help! We are a Top Tucson Realtor Team serving Tucson since 2002.