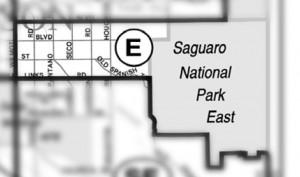 Questions on Tucson Real Estate, Tucson Homes or Northeast Tucson Neighborhoods? Give us a call 866 316 5575 OR Submit our handy CONTACT FORM and we will get right back to you!

Tucson’s East side in also the home of one the the larger commercial centers in Tucson. Williams Centre is a master planned development combining commercial, retail and East Tucson neighborhoods.

Tucson County Club is as established members only club that dates back to 1947. Luxury homes surround the golf course. Tucson Country Club has hosted many USGA Men’s and Women’s events.

Tucson Country Club is a prestigious club providing member the grandeur of the most notable clubs across the United States.

A crown jewel for residents of East Tucson neighborhoods is the Saguaro National Park East District.

Saguaro National Park has two districts in Tucson – East and West. The districts are on either side of the City of Tucson. The Rincon Mountains are in the East district and the Tucson Mountains in the West district.

Not surprising, Saguaro National Park get its name from the Saguaro Cactus. This cactus is native to the region and spectacular to see. Saguaro cactus have life spans of hundreds of years. Arms on the Saguaro start forming ago 65 years after the cactus starts growing.

Saguaro National Park provides 150 of hiking trails along with the Saguaro and other species of cactus.  Hikers need take adequate supplies of water.